At this point you’ve probably heard of Blackfish – the documentary about SeaWorld and their Orca whale Tilikum. It’s been all over social media the past week-ish because it sparked a Californian lawmaker to propose 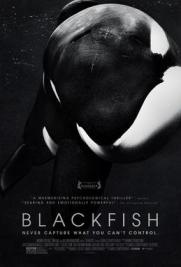 a bill that would outlaw SeaWorld from breeding Orcas in captivity and ban the import and export of the animals for performance purposes. (Full article from Huffington Post here, as well as an article from Independent here)

So 4 days ago I snuggled into my bed to watch some Netflix. Blackfish popped up as a recommendation, and I decided to give it a go. @HeatherPeter05 warned me that it was heartbreaking and cry-fest worthy, and she was not wrong. I teared up within the first few minutes and those tears didn’t leave my eyes through the entire thing. It’s heart-wrenching for so many reasons…

Not only do the whales suffer from their mistreatment, but trainers have gotten severely injured and killed.
At one point in the documentary, John Crowe, a Diver who was present for the capturing of Orca whales recalls the event as being “like kidnapping a little kid away from her mother”. For me, this was a very emotional moment in the video and really *really* makes you think about what ACTUALLY happens when humans extract animals from their natural habitats. We’re not only removing them from their surroundings, but we are ripping apart families…families that rely on one another for physical, emotional, and mental stability. John goes on to say that at the end of the “hunt” there were 3 dead orcas…John, feeling remorse, says, “The worst thing I ever did was hunt that whale”…

Tilikum started his life in captivity at Sealand of the Pacific when he was 2. Former Sealand Trainers talk about how well behaved Tilikum was when he was young. He was eager to please and well behaved, but the two

female whales he shared a pool with would commonly “rake” him (basically scratch and assault him with their teeth). The whales were “stored” in a shed referred to as a “module” overnight. This means that from the time Sealand closed at night, until it opened in the morning, the whales (who attack each other, let’s not forget) are forced into one small, dark enclosure. Ken Balcomb, the Director at the Center for Whale Research in Victoria, suggests that this enclosure in the module could easily have, and probably did, lead to a psychosis in Tilikum that would push him to kill…

After the death of Keltie Byrne, a trainer at Sealand, Sealand closed and Tilikum was sold to SeaWorld. He was never officially blamed for her death, but spectators say they saw him dragging her under the water. Blackfish gives a very interesting history of SeaWorld and some of the controversial topics and procedures that the trainers underwent. Tilikum’s involvement in Keltie’s death was never fully disclosed to the trainers at SeaWorld, and he continued to show signs of aggression as he was assaulted by the other whales. 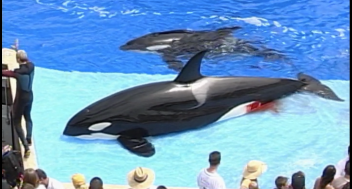 What I love about Blackfish is that it does not JUST criticize SeaWorld for its inhumane treatment, but it makes a very strong case for why we should not only leave Orcas in their natural habitat, but protect them. It educates viewers on the life, culture, emotions and intelligence of these beautiful creatures. The film goes on to discuss other serious acts of aggression by the Orcas, and discusses their living conditions that have caused these acts of aggression. Orca whales are not naturally aggressive towards humans. It is only in captivity when they are forced into a pool that is *WAY* too small for them, and surrounded by other whales who they are NOT familiar with, that they show serious signs of aggression. Blackfish also juxtaposes the information that SeaWorld employees tell spectators about Orcas, versus real facts about Orcas (example: SeaWorld employees tell spectators that Orcas live for 20-30 years in the wild, whereas they have a comparable lifespan to humans. In captivity is where their lives are often cut short).

Blackfish shines a very bright light on SeaWorld’s inhumane treatment of their whales, the complete absurdity of performance whales, and the unsafe working conditions for Trainers. Blackfish is captivating from start to finish, and it will absolutely make you feel feelings! I highly recommend this film. Watch it. Tell your brother. Tell your sister. Hug your dog. Kiss your goldfish. And don’t support the inhumane treatment of highly intelligent animals (or any animals!).